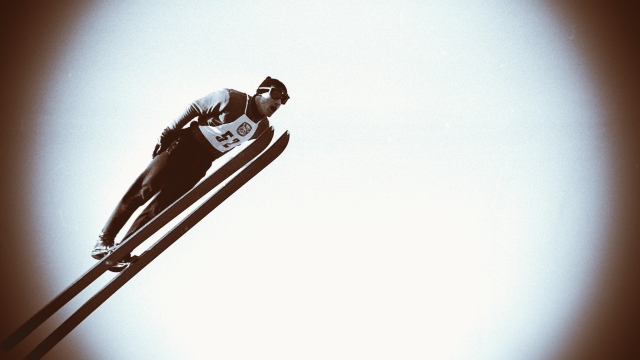 When I was planning my travel arrangements to the meeting in Cyprus, I realised that I could not fly direct from Edinburgh to Cyprus. But I could fly direct to Athens from Edinburgh. So I arranged to stay in Athens for two nights. This afforded me the opportunity to enjoy wandering under clear blue skies through the city centre, visiting some of the sites and consuming modest amounts of food and wine! But I also arranged to meet with Stelios Daskalakis, Vice President of the ISF – but of course his day time job is managing PE within the Greek Ministry of Education. It is of course Stelios who has been responsible to establishing and coordinating the ISF Education Games in Greece. So we were able to take some time to discuss the arrangement for this years Games. To be held in April. And importantly at the time that the Olympic torch is lit for the Olympic Games in Rio!

On the Friday morning Stelios and I flew to Cyprus together. Again it was the blue skies that I will remember. We have been enduring along dark and damp winter in Scotland!

The meeting was attended by around 24 delegates from 17 countries. Personally I was a little disappointed not to see more than 24 delegates at the meeting. But bearing in mind the short period for the meeting, the cost and complexities of travel to Cyprus in the winter, and perhaps the lack of clarity of the purpose of the meeting. The majority of the delegates are on the ISF Executive Committee.

Most of the morning session was devoted to discussing the recommendations for Vision 2030. Laurent Petrynka ISF President and of course the UNSS CEO laid out the chief recommendations following the Doha Convention 2015.

So discussions covering topics such as the governance of the ISF, the membership of the ISF executive (in particular the length and number of mandates, maximum age of Committee members, gender balance) the new handbook for organising of world championship events. The role of the ISF delegates appointed by the Management Committee for each ISF event to ensure the correct policies and practices are followed at each  ISF event. The aspiration is to establish an ISF Youth Council – with the possibility of meeting at the time of the gymnasiades.

During the discussions I made it clear that I whilst I recognised that much work had been done since the DOHA convention, we should recall the specific recommendations that Arnout Geerart ( author of the new well respected Sports Governance Observer 2015) had given specifically to the ISF at the Doha Convention. Issues that are from Arnout’s list that do not seem to being addressed so far, include:

The need for an ethics code; ethics officer; conflict of interest rules; pre-established criteria and clear procedures for the distribution of development funds

I have real concerns that I have expressed to the ISF Executive in Rome and in South Africa, about the need for Checks and Balances in the governance of ISF.

Interestingly, a major issue being forward by the Management Committee is about the length of time that a person can work for the ISF. Their initial proposal was not allowing delegates aged 70 years or more to stand for election on the ISF Executive or the Technical Commissions, and those who became 70 during their mandate to be allowed to finish their term. If this new “rule” is agreed at the General Assembly, then I could not be elected as I am 70 years old. The alternative under discussion was to limit each person to three mandates in the same role. Whilst this was seen as a way to retire older ISF post holders it is, in fact, a threat to our younger colleagues. ISF needs experienced personnel as well as new ideas.

Under the agreement between the Scottish School Sports Federation and the National Council for School Sport I am due to stand down and make way for a candidate from England to stand for election at the forthcoming General Assembly. However the NCSS believes very strongly that my work on governance is both very important and incomplete. I have started the process, made the contacts, provided the information and ensured that good governance is discussed at every ISF Executive Meeting. The NCSS has, therefore, asked me to stand for re-election to complete this aspect of my work. I will therefore stand for a further two year term. This would be my third mandate.

So now it looks likely that the General Assembly will be encouraged to vote not to allow me to stand. I think I might be the only Executive Committee member to be in this postion. It is ironic, as I believe that I have been the member who has been most vocal about improving ISF Governance!! And as you can see, some governance issues are not being addressed.

I was encouraged by the discussion. Though the complexities surround the need for a European structure, the timing of meetings/costs of meetings; the need to compliment the ISF its polices and events;

The newest member of the now 3 – person professional team that now work for the ISF – Romain Fermon gave a useful presentation about the potential and the challenges of applying for Erasmus + fuding from the EU. At its best this could really help to establish the ISF Forum in a sustainable manner.

Much discussion centred around what the forum would look like. A President/ Vice President/ Secretary. My own concern is to ensure inclusion of all countries to maximise dialogue and contribute to a better vision and practices across Europe.

We had two very interesting presentations about Sport for athletes with Special Needs. The first presentation was very much about the new Unfied Sports Poicies and Pracitices. The other was learning about the proposal that Portugal will put forward at the next ISF Executive meeting for an Under the Aegis event for an Inclusive Sports Games. To be staged in Portugal in either June/or September 2017; or in April 2018.

These first ever Games would consist of teams of 8 students, each with at least one wheelchair user; 1 Blind student; one Intellectually impaired student. The sports/activities would be Boccia/Goalball/Swimming/Athletics/Orienteering. Could be very exciting to evelop such an event?

As ever, so much is learned and enjoyed outwith the formal meetings. I had taken some rather good Lagavulin with me this time, which did assist communication!